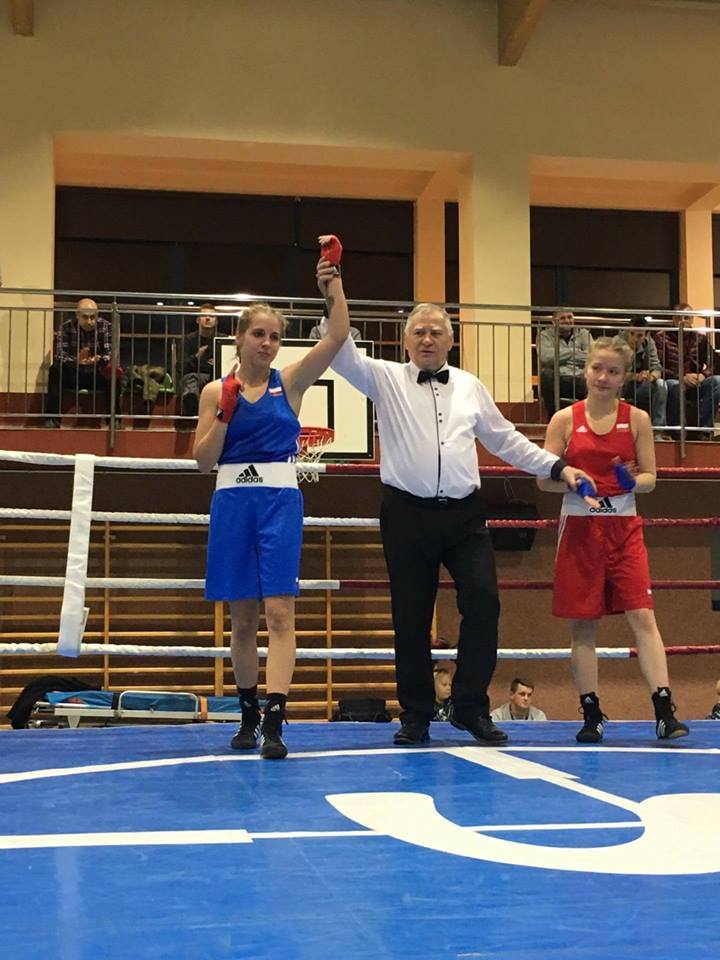 We are pleased to announce that as part of the idea of supporting the development of talented young athletes from our region, we decided to financially  support Weronika Pawlak – Polish Champion in the Junior category in boxing.

This is next project of Clima Gold, after cooperation with rugby players from RC Arka Rumia and children division of RC Arka Gdynia.
Weronika was born in 2001 in Wejherowo and now is a student of bio-chem-sport class in one of regional high school. She has been boxing since 2016 and thanks to her regular trainings and devotion, she is achieving better and better results and winning new championships. She already is a 2016 and 2017 Polish Champion in cadet category and 2018  Champion in Juniors category. She also holds a Polish Cade Cup of 2017.  Moreover, Weronika is part of the national team and from 2016 regularly represents Poland at the European Championships.
Weronika’s talent and commitment was also appreciated by the editors of the first edition of Wejher Sports magazine, placing her among such titled athletes as the six-time World Cup winner in kickboxing Rafał Karcz, 15-time Polish Champion and World Cup winner in Karate Małgorzata Zabrocka, or Marta Jeschke – who is specializing in sprint and was a two-time participant of the Olympic Games and multiple medalist of the Polish Championships.

We are very happy to help young and talented athletes, and of course we  cheer Weronika and wish her further successes!